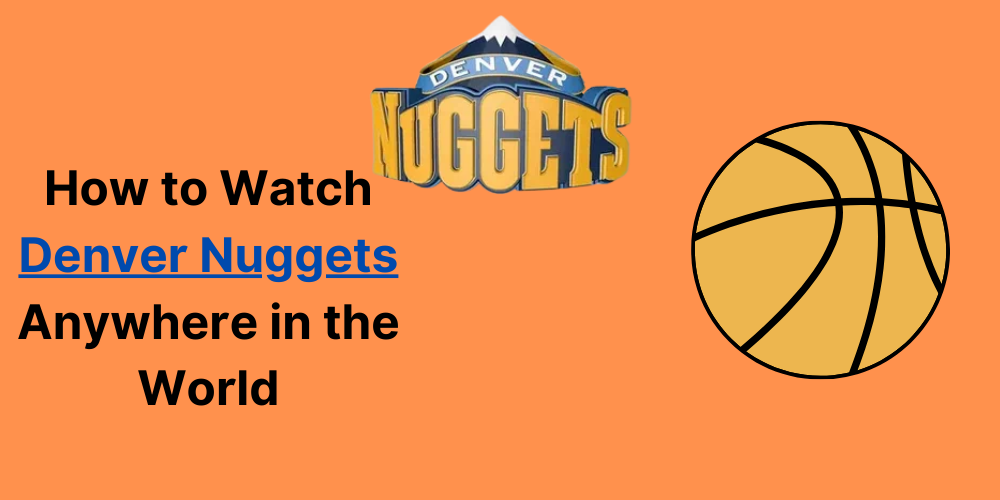 In 1974, the Rockets changed their name once again to the Nuggets. In 1976, the Nuggets competed for the last ABA Championship but were defeated by the New York Nets.

There are better options than cable for Nuggets fans watching a live stream. Streaming platforms give you access to all the channels you want without requiring a long-term commitment.

How to Watch Denver Nuggets without Cable

You will need a streaming platform that includes Altitude, Altitude 2, ESPN, TNT, ABC, and NBA TV to watch the Nuggets live. You can watch a Nuggets game live throughout the regular season and if they make the playoffs again by locating a provider that provides many, if not all, of these channels. Compare the streaming options to see which gives you the best chance of watching a Nuggets game live.

How to watch the Denver Nuggets on Hulu + Live TV

The Hulu + Live TV platform is a great option for Nuggets fans to see some of the action. Hulu includes ESPN, TNT, and ABC in one package, which is ideal for Denver games on those networks. However, neither the Altitude channel nor NBA TV is available on the platform.

Aside from those drawbacks, Hulu + Live TV is one of the best solutions. Hulu’s entire on-demand library is included in the single plan, which costs $64.99 per month. Includes more than 75 live channels and a 50-hour cloud DVR. For a week, you can try Hulu for free to determine if it is the best way to watch a Nuggets game live online.

How to Watch the Denver Nuggets on fuboTV

Regarding streaming Nuggets games, fuboTV has more restrictions than Hulu + Live TV. ESPN and ABC are available on fuboTV. You can also get NBA TV for an additional $ 11 a month. However, it does not have an altitude or TNT channel. TNT is also essential for basketball enthusiasts due to the channel’s coverage of playoff games.

As a result, it will be difficult to watch a Nuggets game live on fuboTV. However, the cheapest package on the platform, which costs $ 64.99 per month, includes more than 110 channels and 250 hours of recording. You can also get NBA League Pass to make up for games you can’t watch. Try fuboTV for seven days to find out if it’s the perfect platform for you.

How to Watch the Denver Nuggets on YouTube TV

One of the best ways to watch a Nuggets game is on YouTube TV. It gives you access to ESPN, ABC, TNT, and NBA TV, all included in the basic $64.99/month package. The main disadvantage is that, like the streaming services above, you will not be able to see any of the Altitude stations.

For seven days, you can test the platform for free. If you enjoy it, the standard version includes unlimited recording capacity and more than 85 channels, making it a good option for Denver residents.

How to watch the Denver Nuggets on Sling TV

Sling TV is a good option to save money while watching the Nuggets. For $35 a month, you can get ESPN and TNT with the Sling Orange package. For an additional $11 a month, you can add NBA TV to the Sports Extra subscription.

Like the other providers, Sling TV does not allow access to any Altitude station. It also does not have access to local networks like ABC. Sling packages feature a 50-hour cloud DVR, but the provider doesn’t offer a free trial.

How to Watch the Denver Nuggets on DirecTV Stream

The only streaming provider that offers both Altitude channels is DirecTV Stream. ESPN, ABC and TNT are also included. This is a great alternative for Nuggets fans looking for NBA programming.

In that sense, DirecTV Stream’s plans are identical to cable providers. To access Altitude’s channels, you must choose one of the higher-tier plans, starting at $84.99 per month. Despite being the most expensive option on the list, DirecTV Stream only includes a 20-hour cloud DVR and not a free trial.

This platform may be the best option for Nuggets fans who want to learn how to stream games. NBA League Pass tailors your viewing experience to your preferences. You can watch the Nuggets play live or watch a condensed replay afterward.

You can also listen to TV stations or listen to local or distant radio stations. Because live broadcasts are subject to blackout limitations, NBA League Pass suits Nuggets fans who do not reside in the Denver metropolitan region.

Visit the NBA League Pass website and scroll to the bottom of the page to see if you can watch the Nuggets games. You will be able to see which teams you will not be able to see there. You can also watch every Denver game and every other NBA team in your region if you’re qualified.

How to Avoid Denver Nuggets Blackouts