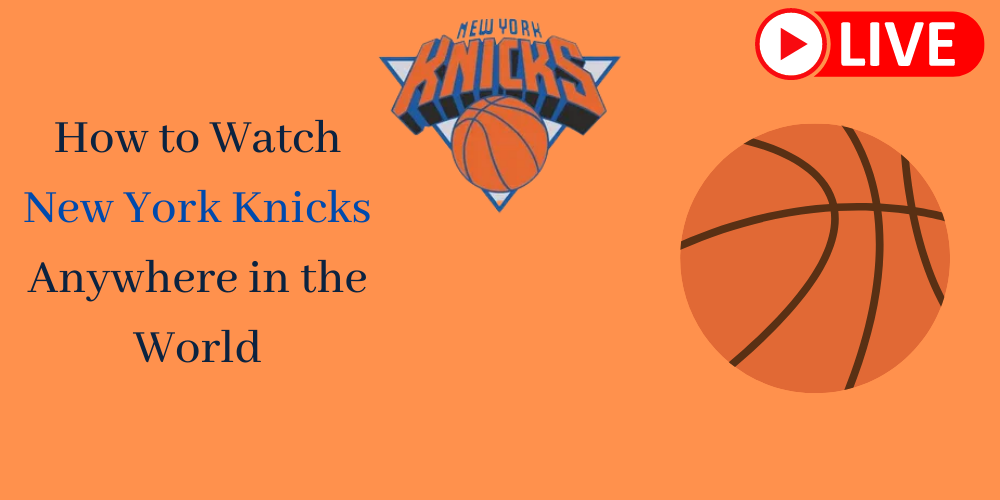 The New York Knickerbockers, or New York Knicks, as they are more widely known, are an American professional basketball team based in the Manhattan borough of New York City. The Knicks are members of the Atlantic Division of the Eastern Conference of the National Basketball Association (NBA). The team’s home games are held at Madison Square Garden, which they share with the New York Rangers (NHL) of the National Hockey League.

If you are looking for a way to watch Knicks games online, you will be pleased to know that various streaming providers are now streaming NBA games live. You can watch all the action without paying for those high-priced cable TV packages.

Let’s see how to watch Knicks games on some of the most popular streaming services. We’ll go through costs, channel selection, and more to ensure you’re watching the New York Knicks from the best seat in the house.

How to Watch New York Knicks without Cable

Due to regional sports network location restrictions, fans in other areas may find it difficult to access MSG and Yes Network. We also added streaming sites that include ABC, ESPN, and TNT because all three are the major networks in the NBA that stream many games. If you’re looking to start a new streaming subscription with the NBA in mind, these three channels are a must-have for any basketball enthusiast.

How to Watch the New York Knicks on Hulu + Live TV

Hulu + Live TV is Hulu’s premium live streaming service, with a great selection of channels to choose from. The Hulu + Live TV subscription plan includes 70 channels when you sign up. TNT and ESPN are available to subscribers, and Hulu also offers local ABC networks in some locations. On the other hand, Hulu does not include MSG or YES Network in any of its packages.

Hulu + Live TV includes 50 hours of Cloud DVR recording time. If you miss a live broadcast of the Knicks, you can always record it and watch it later. For an additional $15 per month, subscribers can upgrade their accounts to include 200 Cloud DVR hours. After a free trial, a subscription to Hulu + Live TV costs $65 per month. Hulu allows you to watch Knicks games on various streaming devices, including Smart TVs, Roku, smartphones, computer browsers, and video game systems.

How to Watch the New York Knicks on fuboTV

For Knicks fans, fuboTV is a fantastic option because it is one of the few streaming services that includes the regional sports network MSG.

You’ll have 90 channels to select from with a subscription to fuboTV, including MSG for Knicks fans. YES Network is now not available on fuboTV, as is TNT.

Local ABC stations are accessible in some areas, and this package includes access to ESPN. NBA TV is also available on fuboTV; however, it is now available as an add-on for a price rather than as part of the basic subscription.

How to Watch the New York Knicks on YouTube TV

Although YouTube TV has a great selection of channels, it falls short regarding the channels needed to watch the Knicks live.

With a YouTube TV subscription, you can access over 85 channels. MSG and YES Network are not on the channel list, but basic YouTube TV packages include ESPN and TNT. In some areas, ABC is available, and subscribers can add NBA TV to their subscriptions for a fee.

YouTube TV is at the forefront when it comes to Cloud DVR. The basic package includes unlimited Cloud DVR for subscribers. YouTube TV allows three people to stream simultaneously if they want to watch simultaneously.

YouTube TV costs $65 per month, but you can try it for free first. With YouTube TV, you can watch Knicks games live on your smart TV, Roku, smartphone, web browser, or Xbox. At this time, YouTube TV is not compatible with Nintendo or PlayStation.

How to Watch the New York Knicks on Sling TV

Sling TV isn’t like the other streaming services we’ve seen so far. Sling splits its channel selection into two main packages, Sling Orange and Blue, rather than a basic subscription.

Sling Orange offers ESPN and TNT if you watch basketball on Sling TV. NBA TV is also available through Sling TV with the Sports Extra add-on, which is available for a fee. MSG, YES Network, and ABC are not currently available on Sling TV.

Sling Orange or Sling Blue subscribers get 50 hours of Cloud DVR recording time included in the basic subscription. However, if you need additional storage, Sling TV offers a monthly subscription of $5 for 200 hours of cloud DVR storage.

Sling Orange and Sling Blue each cost $35 per month. Sling TV also offers a $50 / month subscription for a limited time. Most streaming devices, including smart TVs, web browsers, and most personal devices, can be used to watch the Knicks online.