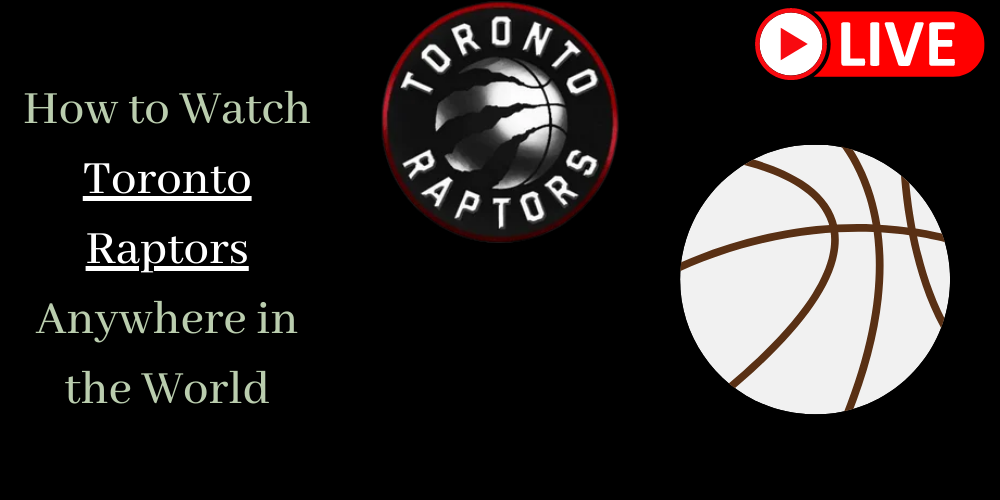 The Toronto Raptors are a professional basketball team from Toronto, Canada. The Raptors are members of the Atlantic Division of the Eastern Conference of the National Basketball Association (NBA). Their home games are held at the Scotiabank Arena, which they share with the Toronto Maple Leafs (NHL) of the National Hockey League. The club, along with the Vancouver Grizzlies, was created in 1995 as part of the NBA’s expansion into Canada. The Raptors have been the only Canadian club in the league since the Grizzlies moved from Vancouver to Memphis, Tennessee, in the 2001-02 season.

Looking for a way to watch Raptors games online? We’ll show you how to watch the games without having to pay for cable. Watching basketball live through a variety of streaming devices is now simpler than ever.

How to Watch Toronto Raptors without Cable

Sportsnet and TSN broadcast the majority of Raptors games. TSN is a Canadian station specializing in sports, while Sportsnet is a Canadian national sports channel.

Both channels are difficult to find outside of Canada and are not available on any of the major streaming platforms in the United States. However, Sportsnet and TSN have their own streaming portals, which are decent options for Canadian fans. Viewers in the United States should know that Sportsnet, which is located in Canada, is not the same as AT&T Sportsnet.

The Raptors also have games on ESPN, TNT, and NBA TV, in addition to the two Canadian sports networks. These channels can be accessed through a variety of streaming platforms, making it much easier for Raptors fans in the United States to watch them live.

We relied ABC in our evaluations, as it is another network that broadcasts NBA games. Next, we will see how to watch Raptors games on the best streaming services available today.

How to Watch the Toronto Raptors on Hulu + Live TV

Hulu + Live TV allows you to stream live channels through Hulu, which includes many of the channels that you can use to watch Raptors games online in real time.

A subscription to Hulu + Live TV includes 70 channels. ESPN and TNT are two of these networks. In certain areas, local ABC channels are also accessible. Sportsnet and TSN are not available on Hulu + Live TV, although Canadians can get them with a digital TV antenna.

Cloud DVR, which is included in the basic service, allows you to record up to 50 hours. For an additional $ 10 per month, subscribers can upgrade to 200 Cloud DVR hours.

How to Watch the Toronto Raptors on fuboTV

FuboTV started out as a sports-focused streaming service, but has grown since then. Several channels of Raptors live streaming are available on fuboTV.

The basic version of this service allows you to access more than 108 channels. ESPN is offered and, in certain local areas, ABC is accessible. NBA TV can also be accessed through a fuboTV add-on, which requires an additional monthly price. However, Sportsnet and TSN are not available on this service.

Subscribers get 250 hours of Cloud DVR, which is great for Raptors fans who want to record games. With one account, three people can watch TV at the same time on fuboTV.

The basic fuboTV package starts at $ 65 per month, and you can check it out for free initially. Most smart TVs, smartphones, and web browsers are among the streaming devices that support fuboTV. Currently, fuboTV is not compatible with video game consoles such as PlayStation and Xbox.

How to Watch the Toronto Raptors on YouTube TV

Another way to watch a Raptors game live is with YouTube TV. This service broadcasts national sporting events.

YouTube TV memberships include more than 85 channels. ESPN and TNT are two of these networks. NBA TV is also available for a monthly fee, and depending on where you reside, ABC may be accessible through YouTube TV. In the United States, Sportsnet and TSN are not accessible on YouTube TV.

With a YouTube TV subscription, you get unlimited cloud DVR, which is a significant improvement over the competition. Subscribers can also watch on three separate devices at the same time with a single YouTube account.

A YouTube TV subscription costs $65 per month. With YouTube TV, you can watch Raptors games on your smart TV, smartphone, online browser, or even Xbox. Nintendo and PlayStation, on the other hand, are not compatible.

How to Watch the Toronto Raptors on Sling TV

Sling Blue and Sling Orange are the two main packages that Sling TV offers. You can watch the Raptors games on some channels with Sling Orange.

Sling Orange is the package you buy if you want to watch NBA games. The Sling Orange subscription includes 30 channels, including ESPN and TNT. For a small fee, you can also receive NBA TV with Sling TV. Sling TV does not have Sportsnet or TSN, and ABC is not present either.

Basic subscriptions include 10 hours of Cloud DVR recording time, with the option to upgrade to 50 hours for an additional $5 per month. Sling TV only allows one stream per account at a time.

It costs $35 per month if you just want Sling Orange or Sling Blue. However, the Orange & Blue plan, which contains the functionality of both plans, is available for $50 per month. Most smart TVs, web browsers, and smartphones are among the streaming devices that support Sling TV. Sling TV is also compatible with Xbox, although PlayStation and Nintendo players will not be able to use it.

How to Avoid Toronto Raptors Blackouts