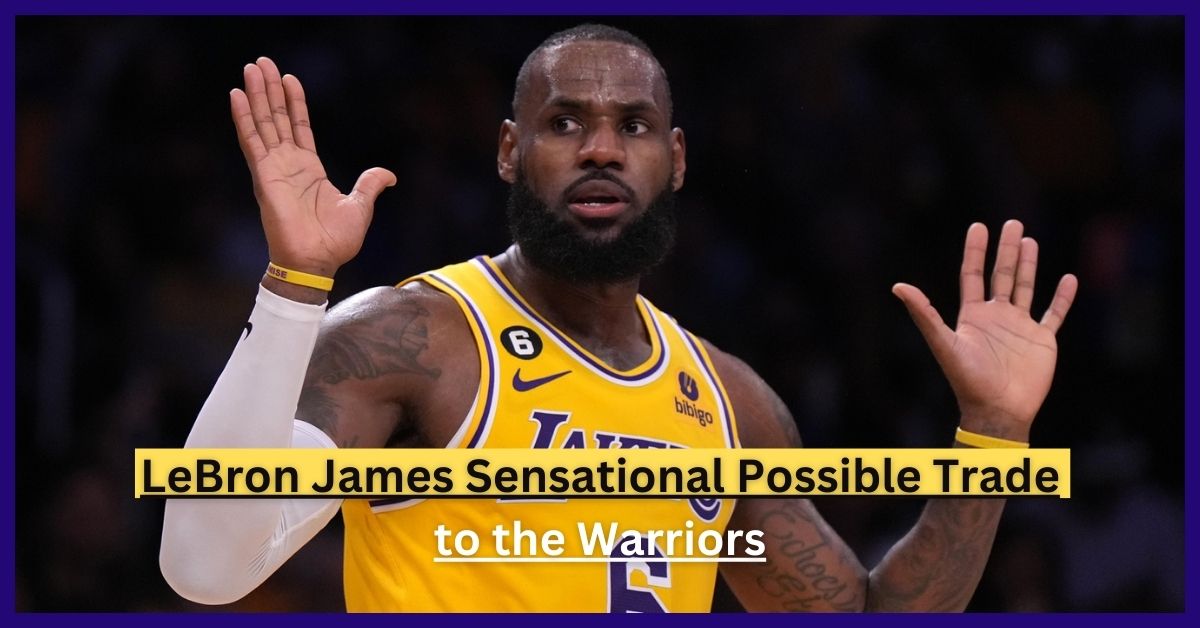 We can only imagine how LeBron James feels when he learns he has squandered the previous two seasons and is struggling with the Lakers this season. Despite James playing some of the finest basketball of his career, inconsistent outcomes have been the norm in Los Angeles. At 37, he averaged more than 30 points per game last season. Few senior NBA players can boast the stats that LeBron consistently produces. His annoyance is evident, and he must want to do something before time runs out. A new revelation from an unknown NBA executive might solve his troubles.

According to Sean Deveney of Heavy Sports, an NBA executive told him that LeBron James might be traded to the Golden State Warriors in a spectacular deal. Golden State may add young players like James Wiseman, Jonathan Kuminga, Moses Moody, or Pat Baldwin in that trade. However, the proposed transaction would not be limited to these still-young talents; this NBA executive disclosed that there is a catch to this potentially lucrative trade. If the Lakers agree to release their greatest star, the Warriors will have to give up one of their own who is still relatively young. Andrew Wiggins and Jordan Poole are the only two names that spring to mind that suit this criterion.

LeBron and Curry are Possible Duo

Here’s what the NBA official had to say: “If there is a bidding war, the Warriors are in a good position because they can give you the young men – [James] Wiseman, [Jonathan] Kuminga, [Moses] Moody, or [Pat] Baldwin, anybody the Lakers want. However, you must include either Poole or [Andrew] Wiggins, which will be difficult. But if they want to win now, they can give up Poole in exchange for LeBron, right? If they keep Draymond [Green] and bring back Steph Curry, Klay Thompson, Draymond, and LeBron, they’ll have a great team to watch.”

Even though Stephen Curry has previously discounted the prospect of playing with LeBron James, it’s unknown what he would say now that this bizarre allegation has surfaced. NBA execs don’t say these things on the spur of the moment. When these prominent individuals discuss prospective transactions, it is because they are aware that something is going on. The prospect of LeBron James teaming up with the Splash Brothers and Draymond Green should be enough to excite Warriors supporters. Don’t you think so? Whether or not this rumor is genuine, it is evident that LeBron James is not having a good time with the Lakers.