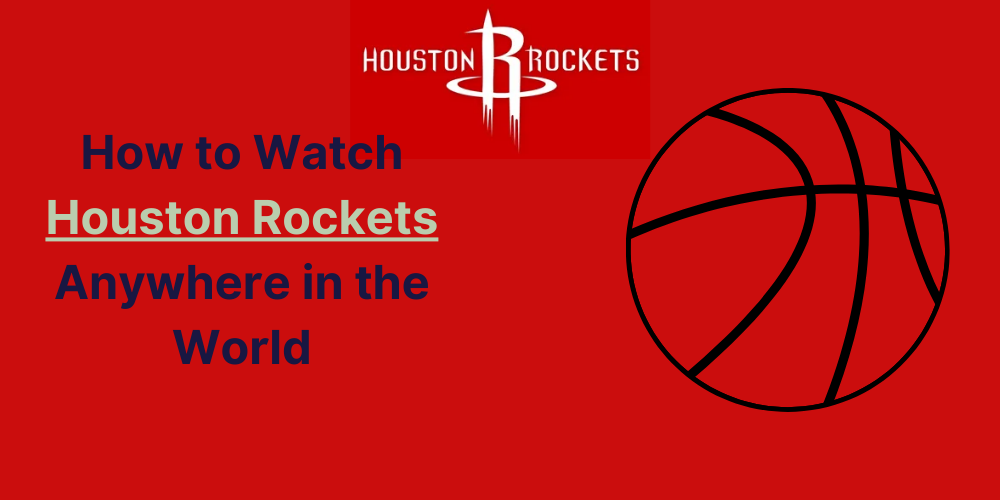 The Houston Rockets are an NBA basketball franchise based in Houston, Texas. The Rockets are part of the Southwest Division of the Western Conference in the National Basketball Association (NBA). The team’s home games are held at the Toyota Center in downtown Houston.

Houston has won two NBA championships and four Western Conference crowns. The San Diego Rockets, an expansion club initially based in San Diego, were founded in 1967. The Rockets moved to Houston in 1971.

Fans in Houston may see the Rockets in person in various ways. While cable providers allow you to watch the Rockets, you will spend far more than you would with streaming services. Most streaming options make it easy to watch a Rockets game without having to pay the high costs that cable providers impose.

How to Watch Houston Rockets without Cable

You’ll need AT&T SportsNet Southwest to watch a Rockets live stream. Depending on the team’s performance, ESPN, TNT, ABC, and NBA TV may be required. Finding a platform that contains the majority of these channels is the easiest way to keep up with the activity throughout the season.

If you want to watch the Rockets in real-time, you’ll need to check streaming services to see which ones have the channels you want.

How to Watch the Houston Rockets on Hulu + Live TV

The easiest way to watch a Rockets game is with Hulu + Live TV. While the standard package includes ESPN, ABC and TNT. Hulu + Live TV lacks AT&T SportsNet Southwest, which broadcasts most of the Rockets games and NBA TV.

However, if you choose Hulu’s live TV platform, you will have access to Hulu’s distinctive on-demand collection of original series, sports documentaries, and movies. Their single plan, which includes over 75 channels, costs $64.99 per month. Plus, you will receive 50 hours of cloud DVR. The best part is that you can try Hulu + Live TV for seven days for free.

How to Watch the Houston Rockets on fuboTV

Most of the action can be seen on fuboTV for Rockets fans. It comes with ESPN and ABC, and AT&T SportsNet Southwest is one of two streaming providers to offer it. For an additional $11 a month, you can add NBA TV to your subscription.

TNT is not available on fuboTV, which is a concern if the club enters the playoffs. The standard fuboTV package includes more than 110 channels and 250 hours of recording space for $64.99 per month. First, try the platform for free for a week.

How to Watch the Houston Rockets on YouTube TV

Houston fans can watch the action live on YouTube TV in several ways. The platform’s single package costs $64.99 monthly and includes ESPN, ABC, TNT, and NBA TV. However, AT&T SportsNet Southwest, which broadcasts most of the team’s games, is unavailable on YouTube.

YouTube TV also offers unlimited recording capacity, allowing you to record as many games and shows as you like. It is also a good deal, with three simultaneous streams and more than 85 channels. Sign up for a free trial to explore whether YouTube TV is a good fit for you.

How to Watch the Houston Rockets on Sling TV

Sling TV allows you to save money while watching a game of Rockets live online. TNT and ESPN are included in the Sling Orange package, which costs $35 per month. For an additional $11 a month, you can add NBA TV to the Sports Extra subscription.

On the other hand, Sling TV doesn’t offer AT&T SportsNet Southwest or local networks like ABC. While the subscription includes a 50-hour cloud DVR, there is no free trial available, so you can’t give it a try before committing.

How to Watch the Houston Rockets on DIRECTV STREAM

DIRECTV STREAM is one of the best ways to watch a Rockets game online. AT&T SportsNet Southwest is one of two providers on this list. TNT, ABC, ESPN, and NBA TV are also available.

There are four different subscriptions to choose from, but if you want NBA TV, you’ll need at least the Choice Package, which costs $84.99 per month. It has over 90 channels and a 20-hour cloud DVR.

How to Watch the Houston Rockets on NBA League Pass

NBA League Pass is a useful option for Rockets fans who do not reside near Houston to cheer on their team. Local play-by-play announcers provide live streaming and radio broadcasts on-site. You can watch full or condensed replays of each game throughout the season. NBA League Pass also allows you to tailor your viewing experience. This platform will likely please the most ardent Rockets fans, with single-team plans and access to all NBA games, except those that are blocked.

How to Avoid Houston Rockets Blackouts