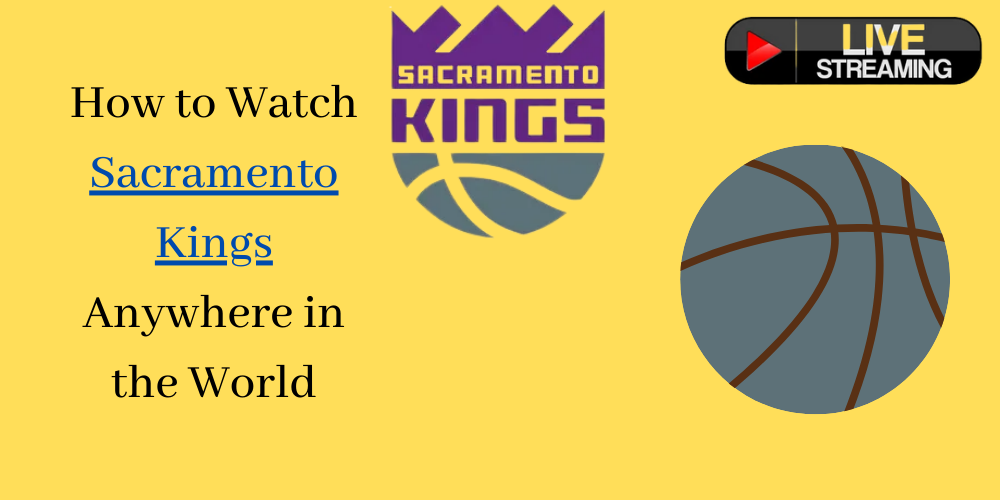 NBA fans are in luck, as it has never been easier to watch the Kings live stream without having to pay for those expensive cable subscriptions. There are several streaming options to choose from these days, and many of them appeal to basketball fans.

Looking for a way to watch Kings games online? We’ll go through the best streaming services for fans, as well as their prices, channels, and other features.

How to Watch Sacramento Kings without Cable

Most of the Kings games are broadcast on NBC Sports California, a regional sports network. Fans in the Sacramento region will be able to watch Kings games live through a variety of streaming options or a digital television antenna.

TNT, ESPN and NBA TV broadcast the Kings games, as well as NBC Sports California and NBC Sports Bay Area. These channels can be broadcast in various ways. Let’s see how the best streaming options stack up for Kings fans to watch live sports online.

How to Watch the Sacramento Kings on Hulu + Live TV

You get over 75 channels with Hulu + Live TV, including ESPN and TNT. In certain areas, this service also broadcasts ABC, NBC Sports California, and NBC Sports Bay Area. You will be able to watch all Kings games live if you live in Kings Market.

Unfortunately, Hulu doesn’t currently have NBA TV, so if you want to watch the niche channel, you’ll have to look elsewhere. However, NBA TV games are often shown on other networks as well.

Hulu + Live TV includes 50 hours of cloud DVR storage, allowing you to record games if you can’t watch them live. Subscribers who want more than 50 hours of recording time can upgrade to 200 hours for $10 per month.

Hulu + Live TV is available on most streaming devices, including smart TVs, web browsers, Roku, and PlayStation, for $65 a month.

How to Watch the Sacramento Kings on fuboTV

FuboTV started out as a sports-focused streaming service, but has since expanded its channel lineup. Watching Kings online is a good option.

You’ll get more than 108 channels with a subscription to fuboTV, including regional sports stations NBC Sports California and NBC Sports Bay Area. You can watch Kings live at these stations as long as you are on the market. ABC and ESPN are also included in this subscription. NBA TV is also accessible, however, it is a pay channel.

TNT is the only station that does not show Kings games on fuboTV, however, since most Kings games are televised on other channels, the lack of TNT should not have a significant impact on fans of the Kings.

Subscribers get 250 hours of Cloud DVR as part of the package, with the option to upgrade to 1,000 hours for an additional charge. By upgrading your plan, you can increase the number of simulcasts from two to three.

Subscriptions to fuboTV just increased to $65 per month, and members can access the service via smart TVs, web browsers, smartphones, and Roku. Currently, FuboTV is not available for video game consoles.

How to Watch the Sacramento Kings on YouTube TV

All the networks that broadcast the Kings games are included in a YouTube TV subscription, which includes more than 85 channels. Although NBA TV is accessible on YouTube TV, there may be a price to view the channel.

Please note that regional sports networks are only available in certain areas. So depending on where you reside, you will be able to watch the Kings games on NBC Sports California and NBC Sports Bay Area.

YouTube TV offers unlimited Cloud DVR, which is a significant improvement over the competition. Subscribers will never run out of storage space, allowing them to record as many games as they want.

A YouTube TV subscription costs $65 per month and you can watch it on various devices, including most smart TVs, mobile devices, web browsers, and Xbox. YouTube TV is not currently compatible with PlayStation or Nintendo.

How to Watch the Sacramento Kings on Sling TV

Sling TV offers two different packages: blue and orange. If you want to see all the Kings games live, you will need to subscribe to both packages.

If you are looking for Kings games, Sling Blue and Sling Orange together will give you access to over 50 channels, including most of the stations you will need. ABC is the only exception, which can be accessed with a digital television antenna. NBA TV is only accessible if you pay an additional $11 per month for the Sports Extra add-on.

Sling TV’s Blue and Orange packages are each $35 per month, or you can have both for $50 per month. Sling TV works with most streaming devices, including smart TVs, personal devices, web browsers, and Xbox. Sling TV is not currently available for PlayStation and Nintendo.

How to Avoid Sacramento Kings Blackouts