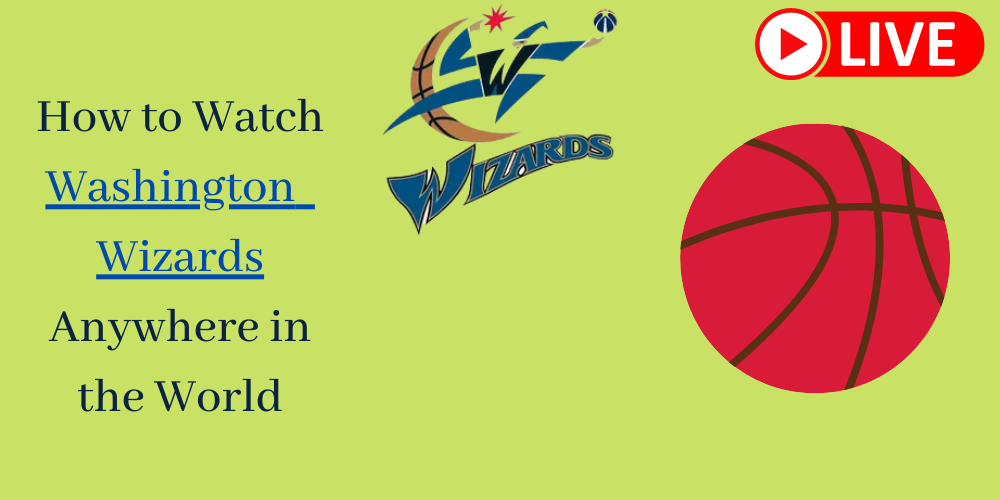 The Washington Wizards are a professional basketball club based in Washington, D.C. The Wizards are members of the Southeastern Division of the Eastern Conference of the National Basketball Association (NBA). The team’s home games are held at Capital One Arena in the Chinatown district of Washington, D.C.

How to Watch Washington Wizards without Cable

Choosing a streaming platform with all the channels you need to watch Wizards games online is critical. NBC Sports Washington and NBC Sports Washington + are the two networks that show the most Wizards games. You’ll also want a plan that includes TNT, ESPN, NBA TV, and ABC as they show all the playoff games and primetime games. If the Wizards make the playoffs, you can still watch them live.

How to Watch the Washington Wizards on Hulu + Live TV

Compared to other streaming options, the only downside is that Hulu + Live TV doesn’t offer NBA TV. On the other hand, Hulu is a good option for Wizards fans to explore. Wizards are available to view online for $64.99 per month. The service’s single subscription includes over 75 channels, a 50-hour cloud DVR, and Hulu’s extensive content library. You can also try the platform for a week to determine if it is a good fit for your home.

How to Watch the Washington Wizards on fuboTV

For Wizards fans, fuboTV isn’t one of the best options. TNT and NBC Sports Washington + are not included in the service, which includes NBC Sports Washington, ESPN, and ABC. You will also need to upgrade to the Sports Plus or Sports Lite package for an additional $10.99 or $9.99 per month to access NBA TV.

For $64.99 per month, the standard fuboTV package includes over 110 channels. You can also try it for free for a week.

How to Watch the Washington Wizards on YouTube TV

YouTube TV offers a one-week free trial for their one-time package that costs $64.99 / month. It also comes with unlimited recording space, giving you ample space to record and relive all your favorite Wizards moments throughout the season.

How to Watch the Washington Wizards on Sling TV

Sling TV may be your best option if you want the most affordable option. Sling TV offers two packages for $35 a month: Sling Blue and Sling Orange. You can also get both packages for $50 per month if combined. TNT is included in every plan; however, ESPN requires Sling Orange. Local channels like ABC and NBC Sports Washington or NBC Sports Washington + are not included in any packages. However, for $11 / month, you can add the Sports Extra plan, which includes NBA TV. The platform includes a 50-hour cloud DVR, but no free trial exists.

How to Watch the Washington Wizards on DIRECTV STREAM

However, DIRECTV STREAM is more expensive than the other options because you have to choose a package that costs at least $84.99 per month to get all those channels. DIRECTV STREAM includes a 20-hour cloud DVR, but no free trial exists.

How to Watch the Washington Wizards on NBA League Pass

NBA League Pass is also a viable option. This platform is great as it allows you to customize your streaming experience. It offers several products, including League Pass Premium. You can watch all the NBA games with it, except the ones blackened in your location. It also allows you to access local and distant radio programs, giving you a sense of belonging.

This platform is great for Wizards fans who don’t live in the area due to blackout restrictions. Visit the NBA League Pass website and scroll to the bottom to check which blackouts are in effect at your location. You can also review your many package options to determine the ideal method to support the Wizards while you are there.