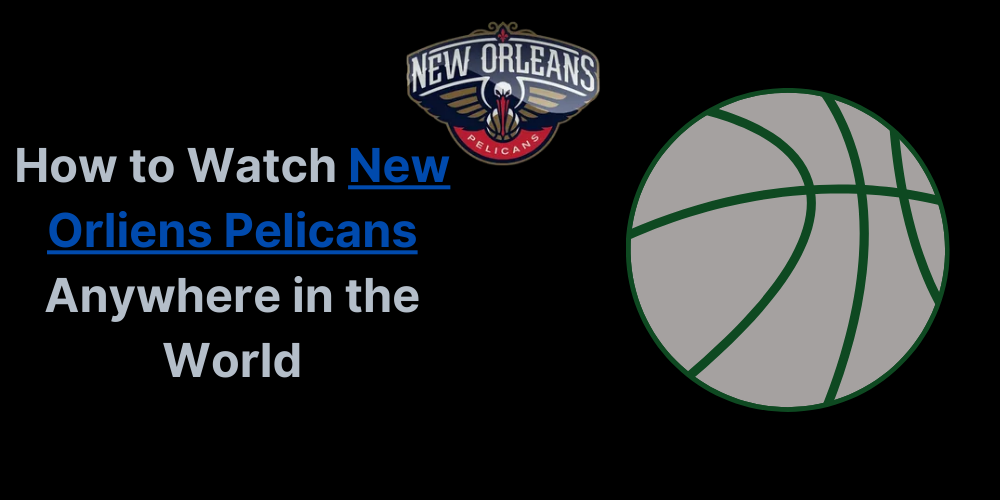 The New Orleans Pelicans are an NBA basketball club based in New Orleans, Louisiana. The Pelicans are members of the Southwest Division of the Western Conference of the National Basketball Association (NBA) and play their home games at the Smoothie King Center.

Before turning to cable TV to watch Pelicans games online, check out the streaming options available. Read on to learn about the best streaming services and how they stack up against the demands of Pelicans fans.

How to Watch New Orleans Pelicans without Cable

How to Watch the New Orleans Pelicans on Hulu + Live TV

Hulu + Live TV is a popular live TV streaming site that has most of the channels you will need to watch Pelicans games online.

With the basic membership, you will have access to more than 75 channels, including ESPN, TNT, and ABC. NBA TV can also be seen on Hulu + Live TV.

Hulu + Live TV subscribers receive 50 hours of cloud DVR storage and the ability to watch on as many screens as they want at home. The Hulu + Live TV individual plan costs $64.99 per month. Most streaming devices, including smart TVs, Roku, Amazon Fire Stick, web browsers, and video game consoles, can be used to watch Pelicans live with Hulu + Live TV.

How to Watch the New Orleans Pelicans on fuboTV

FuboTV started out as a sports streaming service and has now expanded to include a large number of channels.

There are over 110 channels available to subscribers, however most of the stations you will need to watch a Pelicans game live are absent. Bally Sports New Orleans and TNT are not available on fuboTV.

ESPN and ABC are available on fuboTV, while NBA TV is available for an additional monthly fee. A 250-hour cloud DVR service is included for subscribers.

FuboTV’s basic package costs $64.99 per month, but you can try it free for seven days. Most streaming devices, including Amazon Fire Stick, Roku, and Xbox, are compatible with fuboTV. Nintendo and PlayStation video game consoles are prominent outliers.

How to Watch the New Orleans Pelicans on YouTube TV

Bally Sports New Orleans is not one of the more than 85 channels available on YouTube TV. All the additional networks you’ll need, like ESPN, ABC, and TNT, as well as NBA TV, are accessible.

YouTube TV also comes with an unlimited cloud DVR, allowing you to record as many Pelicans games as you want. Three people can stream at the same time using this service.

After a free trial, the one-time YouTube TV subscription costs $64.99 per month. YouTube TV can be viewed on a wide range of devices, including most smart TVs, web browsers, smartphones, Roku, Amazon Fire Stick, Xbox, and PlayStation. Nintendo customers, on the other hand, will have to use a different streaming service.

How to Watch the New Orleans Pelicans on Sling TV

Orange and Blue are the two main subscription packages that Sling TV offers. However, if you simply want to watch the Pelicans games, you will not need to register with Sling Blue.

Sling Orange does not include Bally Sports New Orleans, but it does host ESPN and TNT. NBA TV can also be accessed with the Sling TV Sports Extra add-on for an additional $11 per month.

Sling TV Orange costs $35 per month, or $50 per month if you combine Sling Orange and Sling Blue. Subscribers receive 10 hours of cloud DVR, and the Sling Orange package can only be streamed by one person at a time. Sling TV works with most smart TVs, smartphones, online browsers, Roku, Amazon Fire Stick, and Xbox to stream Pelicans games. However, you cannot use a PlayStation or Nintendo console.

How to Watch the New Orleans Pelicans on DIRECTV STREAM

Fans interested in watching the Pelicans on Bally Sports New Orleans should watch DIRECTV STREAM as it is the only provider on our list that offers the channel. ABC, ESPN and TNT are among the other channels available on the service. Additionally, NBA TV is provided at no additional cost.

DIRECTV STREAM has numerous packages to choose from, but you’ll need at least the Choice plan, which costs $84.99 per month, to get the sports channels you want. Most streaming devices, including the Amazon Fire Stick, Roku, smart TVs, and smartphones, are DIRECTV STREAM compatible. However, you cannot use Nintendo, PlayStation, or Xbox game consoles.