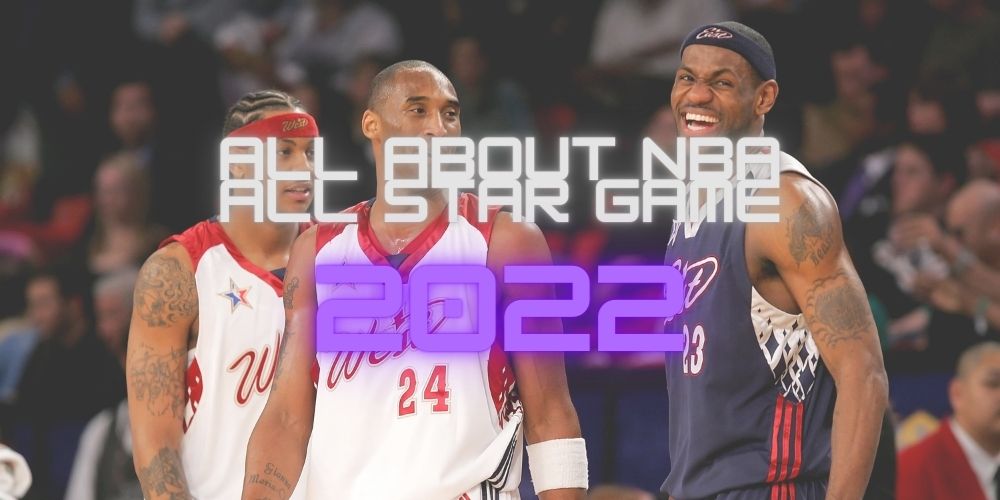 The NBA All-Star Game is a basketball exhibition game held every February by the National Basketball Association (NBA), which features 24 of the league’s best players. It is the main event of NBA All-Star Weekend, which takes place from Friday to Sunday. On March 2, 1951, the All-Star Game was held for the first time at the Boston Garden.

Each team’s starting lineup is determined by a combination of fan, player, and media voting. While head coaches select the reserves, which are seven players from their respective conferences, for a total of 12 players on the roster. It is not allowed for coaches to vote for their own players. The NBA commissioner chooses a replacement if a designated player is unable to participate due to injury.

That’s the brief about the NBA, in this article, we will cover each and everything you need to know about NBA All-Star Game 2023.

The upcoming NBA All-Star game in Feb 2022 will be the 71st all-star game event which is scheduled on 20th of February, 2022 in Cleveland at Rocket Mortgage FieldHouse, home of Cleveland Cavaliers.

Where will the NBA All Star Games 2023 will be Played

The NBA All Star Game 2023 will be played at Vivint Arena, Salt Lake City.

NBA All-Star Games 2022 was played between Team Durant and Team Lebron. For 2023 it is yet to announce.

Starters of NBA All Star Game 2023

Who will Coach Team LaBeron in All-Star Game 2022?

Monty Williams will be coaching the Team LaBeron James in All-Star Game 2022.

How NBA All-Star Teams are Selected

Starting in 2018, the top vote-getters in each conference will be appointed as team captains, and they will be able to form their teams from a pool of All-Star reserves regardless of conference.

On January 25, LeBron James and Stephen Curry became the first players to choose teams using the new format, doing so in a non-televised draught for the 2018 NBA All-Star Game. James and Giannis Antetokounmpo, the captains for the 2019 All-Star Game, picked their teams live on TNT, most likely due to fan interest in the process. To keep the games competitive, the teams also play for a charity of their choice.

How NBA All-Star Coaches are Selected

The head coach of each conference’s best-recording team is chosen to represent their conference in the All-Star Game, with no repeat appearances permitted. Between 1982 and 1990, Pat Riley, the constantly successful Los Angeles Lakers head coach, earned the opportunity to coach the Western Conference team eight times in nine seasons, earning the nickname “Riley Rule.” Instead, the coach of the team with the next greatest record will coach.

The following mediums can telecast live streaming of the NBA All-Star Game in 2022.

TNT has been the official broadcaster of the NBA All-Star game in USA. So, if you have TNT, no one can bother you getting the access to NBA League Pass Match. However, the TNT supports only USA territory. If you belongs to outside US, you may have to get a VPN service to access TNT. Express VPN will be the finest choice to do so.

Who cares for TV channels if you have one in all NBA league pass to watch every NBA live game. Get the subscription to NBA League Pass now and enjoy the streaming of 72nd NBA all-star game with all events.

ESPN is one of the finest networks that has been telecasting the NBA All-Star games for years. You can either get a yearly subscription or can get a monthly subscription to watch NBA all-star games on the ESPN app.

You can watch NBA All Star game on a hassle free online services if you have any of the below online streaming services with you:

These streaming services are accessible from your smart gadgets and let you watch every NBA game online. The services of the online streaming platforms are not limited to NBA only. You can access other channels and the entertainment world once you have subscriptions to these channels. The Official broadcasting channels fall under their domain.

Who Will Perform National Anthem on NBA All Star Game 2022

What are the NBA All Star Future Game Locations

What is the Highest Scoring NBA All Star Game

The highest-scoring game in All-Star history occurred in New Orleans in 2017, when the West and East combined for 374 points, with the former winning 192-182. Anthony Davis scored 52 points in the game, making it the most prolific individual performance in the game’s history.

Team Lebaron seems to be stronger as the starters are revealed. The winnings odds are in their favor. To us, there is 70/30 in the name of team LaBeron James.