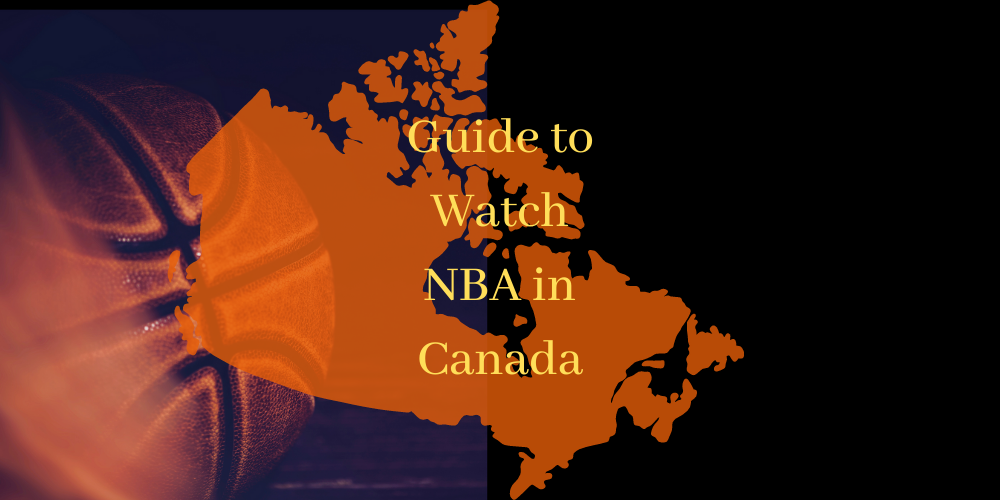 Being located on the North of America, Canada’s culture for sports is not far much different than that of USA. If we talk about basketball craze in Canada, you might get crazy by such over whelming numbers of fans there. Just like USA, the sports broadcasting in Canada is not free and even after that there are some blackout regions where you don’t have access to your favorite matches at all.

So, I came up with the detailed solution to watch NBA in Canada by avoiding blackouts.

Before heading to the article let me confirm that you can watch NBA playoffs and as well as NBA finals from your location without any interruption. Besides this, if you are only willing to watch NBA All-Star Game in Canada, you will get into it for sure.

Following are the TV Channels in Canada where you can watch the NBA games live.

NBA TV Canada broadcasts programming primarily related to the NBA and the Raptors. In addition to that they also have the rights to broadcast the coverage of other leagues like NBA G League, Summer League, and the Women’s National Basketball Association (WNBA).

It is for your necessary information that NBA TV Canada does not broadcast live Raptors games outside of the pre-season. So, you have to move to the next choices to watch NBA playoffs, NBA finals and NBA All-Star Games in Canada.

The Sports Network Canada is the best platform to watch NBA in Canada. They have the official broadcasting rights for NBA playoffs and NBA finals besides NBA All-Star games in Canada.

However in in 2019, TSN alternated broadcasting the NBA Finals with Sportsnet, which featured the Toronto Raptors winning their first-ever NBA championship.

You can watch all Toronto Raptor Games in this Channel.

As said before, Sportsnet Canada broadcast split region coverage of Toronto Raptors and NBA playoffs with the other Canadian Channel TSN.

Sportsnet is the final channel that started its broadcasting in 4K for every first time. You can watch NBA playoff games and all NBA preseason games in this channel in high quality.

How to Watch NBA online in Canada

Besides TV Channel, SportsNet now has established its own streaming services in the name of SN Now. You can get any package ranging from 9.99$ to 19.99$ for 7-days and 1-month streaming respectively. You can watch your Canadian Team Raptors game on SN Now. In a normal year you will have access to all raptor games in HD.
SN Now is compatible with iOS App Store and Google Play, Apple TV, Chromecast, Xbox One, Amazon Fire TV and PlayStation 4.

TSN Direct is another online streaming source to watch your favorite team’s game in Canada. You can watch the NBA games of your team Toronto Raptor’s on TSN Direct. A day pass may cost you 4.99$ while the monthly pass will cost you 19.99$. However, a six-months pkg may cost you 99.95$, giving you a 1-Month discount.

NBA in French-Language on RDS Direct

The terms and conditions of RDS are same as that of the TSN. However, there is an edge that you can watch NBA with the French Streaming in Canada.

RDS benefits are that it is available for 2 devices at a time and it is compatible Apple TV, Samsung SmartTV, Xbox One and the iOS App Store and on Google Play.

If you and intended to watch other than local raptors games, this is the right option for you. You can watch all games excluding the raptors and those available on nation broadcast.

In case you want to watch full access of NBA. You must have a VPN to change your location and enjoy the streaming from any location live.

Watch NBA on Mobile in Canada

It is not possible to bring along your laptop, TV and X Box with you evetime. But you always have your mobile with you. Whether you have an Android Device or iOS Device, you may have access to all NBA matches by using the following channels.

Under the same package you can have Sportsnet Now app ion your mobile to watch NBA games through your mobile device. It is available for both iOS and Android phone. So, download now and enjoy unlimited live streaming of NBA on your android and iOS devices.

RDS app is also available for your android and iOS devices so that you can enjoy live streaming of NBA games. You can enjoy the French language commentary in this app. Thanks to RDA for such an amazing service in a competitive price.

Watch NBA for free in Canada

It has always been a matter of concern that whether you can watch NBA all match streaming for free in Canada. I will say, yes you can watch but the methods of free streaming of any game are not secure. They ask you for your data access and also have some legal issues with them.

They are not secure and legit. There are many free streaming services available on internet where the free content is available but they display a lot of ads and the quality is not up to the standard.

Similarly, Facebook has many pages that broadcast live streaming of NBA games without any hurdle.

But the free methods are not reliable and may be illegal as well. You may have to face some serious problems while streaming for free for NBA matches here.

Due to some broadcasting rights, all matches of NBA are not available for the people of all locations. Even when you are paying for the subscriptions you may have to face blackouts. So, to watch the live match you love you must to go for a legit VPN. Using a sound VPN, you can change your location and then access the live streaming of match whose streaming is blocked in your area.