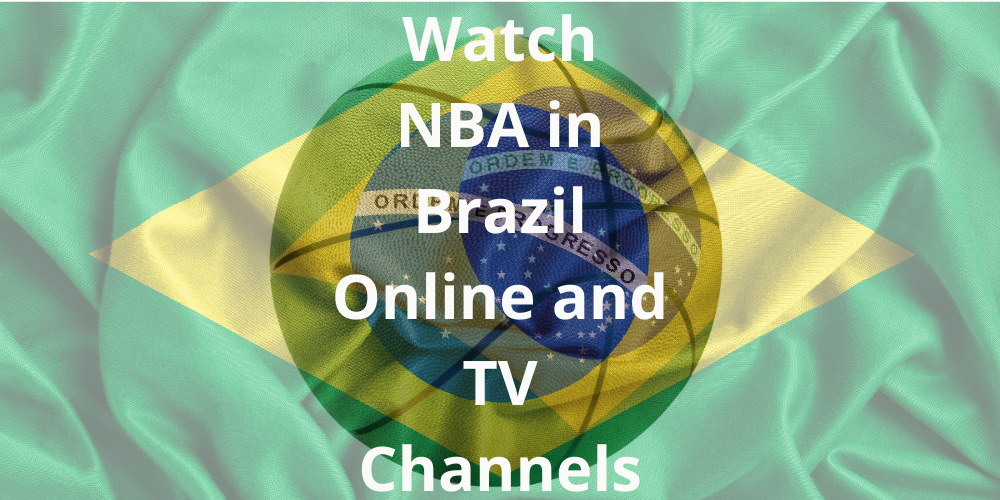 Just like in various states of South America, the craze of basketball in Brazil is no way lesser. The fans of NBA are widely available in brazil. They have been playing basketball since ages and the most premium talent also took part in the team of National Basketball Associations. But there is always a problem to watch NBA in Brazil. Actually, the broadcasting rights are fluctuated almost every season that the fans remain confused for which channel will broadcast the NBA games completely.
In this article, I will guide the ways to watch NBA Playoffs, NBA Finals as well as NBA All-Star Game in Brazil.

Television is the primary source for Brazilian people to watch the NBA games live. There are some channels who has been broadcasting all information about the event and live on air telecast of NBA games.

ESPN Brasil is one of the finest sources to watch every NBA game in Brazil. The events that telecast by ESPN in Brazil are mostly American focused sports. You can watch NBA live streaming in ESPN Brazil without any interruption. ESPN mostly broadcasts games originally broadcast by the American ESPN.

In addition to that you can also watch live TV shows, Sports Talks, Recording programs and Sports Related Movies in Brazil.

So, it is the finest option for you to watch NBA live streaming in Brazil on TV.

SporTV usually broadcasts games that are aired on TNT in the USA, but using the graphic package of the NBA International League Pass.

TV Band is another way to watch NBA games live in Brazil. You can watch the two live regular-season games every week via its free-to-air (FTA) and pay-TV channels on Thursdays and Sundays (BRT). Besides this it has also opened the broadcasting of the NBA Finals.

People look variety of option these days to watch their favorite sports from their location. Aiming this, various live streaming platforms came into the market to provide live NBA streaming through their platforms. So, in short you have now access to watch nba All Star Game Online in Brasil as well as you can watch NBA finals online in Brasil.

TNT has initiated the broadcasting of NBA games in Brazil as well. TNT’s NBA coverage includes the Inside the NBA studio show, weekly doubleheaders throughout the regular season on Tuesdays and Thursdays (starting in the winter), a majority of games during the first two rounds of the playoffs, and one conference finals series.

So, get to the TNT subscription now and enjoy the unlimited online streaming if NBA games on your smart gadgets.

Budweiser is the marketing partner of Brazil since 2015. With Budweiser fans are enabled to watch a weekly broadcast and live stream of NBA games. The plus point is this that the content will be in Portuguese language that will be accessible to the variety of platforms.

Budweiser is basically a beer company that is offering broadcasting of NBA on its social platforms. So, the live streaming of NBA games will be accessible may be on YouTube or another social media location.

Now twitch content creator is also in the market to show the live streaming of every NBA game in Brazil.

“Gaules” a twitch gaming streaming will have right to telecast live streaming of NBA games on his personal channel. He has already more than 3M subscriber, so it will be a good deal for NBA. He will be telecasting the games in an extension agreement with the Budweiser.

NBA league pass is always an available option to watch NBA in Brazil. However, the NBA league pass might be blocked for Brazilian Audience, so for that you have to do some innovation. You can use a sound VPN and relocate yourself to USA and get to the NBA League Pass to watch NBA Finals from your location.

Telefónica Vivo Brazil have reached a distribution agreement with BA to deliver love basketball games via mobile streaming in Brazil. This app will enable access to NBA league pass and let the fans like NBA games in action for the whole season.

The app will have two versions

There is various jurisdiction based and broadcasting based issues in streaming live all the NBA games in Brazil as well. The methods discussed above will not let you get the full access to every match of NBA. So don’t miss out the important games of NBA finals NBA playoffs and NBA All-Star games anyways.
Install a VPN now change your location and get to the new era of online NBA streaming.