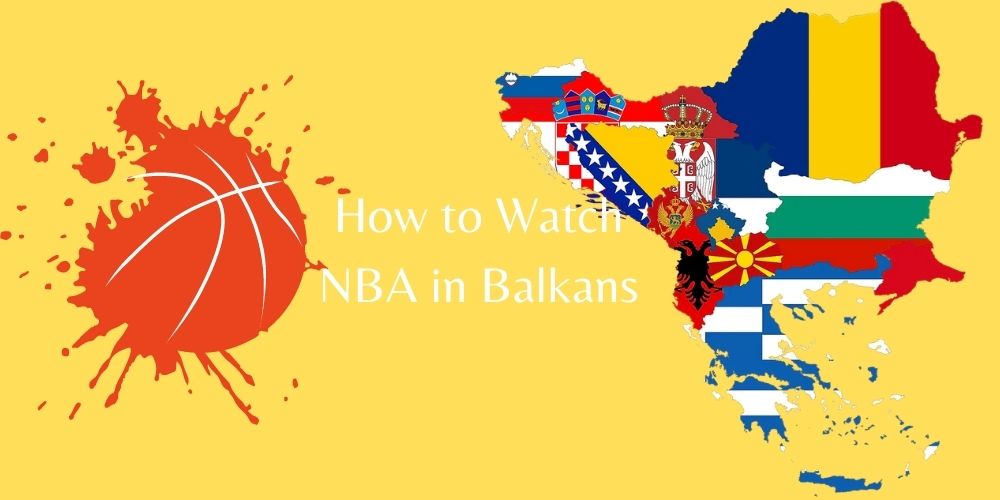 You can examine the intensity of Serbian, Albanian, Bosnia, and Herzegovina, Bulgarian, Croatian, Greece, Kosovo, Montenegro, North Macedonian, Romanian, Serbian, and Slovenian fan clubs for NBA simply just by checking the number of Balkan players in NBA. Currently, there are 6 Serbian players playing in NBA. No doubt there is a huge fan following of Balkan players in the NBA. People love to watch NBA in Serbia. Just like other European countries like UK, TV channels used to have a high TRF during NBA season. After USA and Canada, Serbia is one of the top fans of basketball in the World.

So, in this article, I am going to share how you can watch the NBA season, be it NBA Playoffs, NBA finals, and NBA all-star game, in the Balkans.

Besides this, by the end of this article, you will be able to get to know the channels that are telecasting NBA drafts in the Balkans.

There are the following methods to watch NBA in the Balkans on TV and through online Live Streaming.

Arena Sports will broadcast more than 200 live NBA games each season as part of the deal, including up to eight regular-season games per week, the NBA Playoffs, Christmas Day Games, NBA All-Star, Conference Finals, and The Finals, as well as up to seven additional live games per week on NBA TV, the league’s 24/7 dedicated channel. Arena Sports will become the presenting partner of the Jr. NBA program in the region as part of the agreement, with clinics and camps to be announced at a later date.

In addition to broadcast distribution, Arena Sport’s parent business, Telekom Serbia, will provide NBA League Pass packages to its clients in Serbia. NBA League Pass “Game Choice” will allow fans to watch two live games per week for free, or they can use an exclusive deal to purchase a full season of NBA League Pass, which will allow them to watch every game live. Fans in Croatia and Slovenia will be able to use this service through local telecommunications firms at a later date.

NBA League Pass is available live and on-demand on a range of connected devices, including desktops, tablets, and mobile devices. NBA League Pass features NBA Mobile View, which provides a closer look at the action that is designed for watching on tablets and phones with smaller screens.

Fans in the region may also follow the NBA on Instagram at NBAEurope and download the official NBA App for iOS and Android to get the latest news, updates, scores, stats, schedules, and videos.

Telenor is giving its users access to the NBA program “NBA League Pass” just in time for the new NBA season. The app allows NBA fans to watch live or on-demand NBA games, as well as interviews or documentaries with American and international basketball stars, on their mobile devices, at any time and from any location.

For the first time, a unique sports-focused premium entertainment service will be added to our offering, allowing for a completely new NBA League experience. Furthermore, Telenor Serbia is the first telecommunications company in Europe to partner with “NBA League Pass” in the mobile streaming area, and we believe that our clients will be able to enjoy their favorite sport in Serbia, as well as the upcoming basketball season.

How to Stream NBA in Balkans Online

You can also access the official NBA broadcasting channels if you have in mind how to watch NBA in the Balkans. The official broadcasting rights of the NBA are to NBA League Pass, ESPN, and ABC Network. To access them you have to follow the following steps:

In the case of NBA League Pass, always go for the International one.