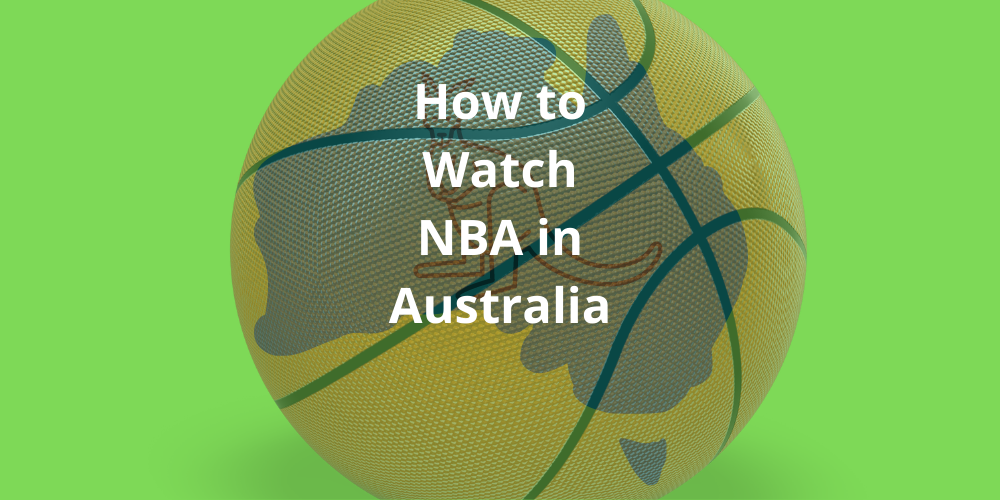 Though small in terms of population as compared to the United States of America, Australia is no far less passionate about basketball. They are more possessive of NBA live streaming. In fact, they have their own National Basketball League (NBL) which happens every year. Coming back to NBA, it is one of the most-watched leagues in Australia. But the problem is that all matches of NBA are not telecasted in Australia due to some broadcasting issues. So, in this article, I will share the ways to watch the NBA finals and NBA All Star Games in Australia.

Besides this, if you go through this article, you will also come to know the methods to watch NBA playoffs in Australia as well.

While SBS is the official NBA free-to-air TV provider in Australia. It will offer two matches per week. You can watch NBA games on SBS sports. This channel will be responsible for televised NBA preseason matches live.

The big thing is that you can watch live NBA streaming in demand and on HD. So, never wait for that and enjoy free on-air streaming of the NBA in Australia.

How it is possible that there is sports coverage somewhere in the world and ESPN is not there? Yes, ESPN will be telecasting all NBA matches in Australia on demand. ESPN will be covering weekly matches depending on its pre-specified schedule which has to be announced yet.

But you can watch NBA Finals, NBA Playoffs, and NBA All-Star Games on ESPN Australia. But you may have to pay a bit more if you want to enjoy the knockout phase and finals.

ESPN (Foxtel/Kayo) will televise 190 LIVE NBA games during the regular season. Besides this, every match of the NBA Semi-Finals, Conference Finals, and Championship Finals will also be televised. This includes replays of the games you may have missed. There is an opportunity to watch the NBA online with either Foxtel Now or Foxtel Now from Telstra as well.

ESPN will show a number of games from the first two rounds of the playoffs. Additionally, they show every game of the Conference Finals and Finals too.

How to Watch NBA Online in Australia

Just like availability in all countries, the NBA league pass is also available in Australia as well.

If you are willing to watch NBA all games this season in Australia, then the NBA league’s digital streaming services are the finest option for you.

The economical option, coming in at $11.99 per month, is an NBA TV package, which provides you with up to ten games per week live and in high definition as well as 24/7 programming from NBA TV. However, you can’t watch any games on demand and many of the best games each week – such as the All-Star game – aren’t available.

In the standard package, you can watch all games of the year live or on-demand in HD. Besides this, you can also check out all replays of the preseason, regular season All-Star weekend, and the Playoffs.

The dark side is that you won’t be able to get NBA TV access in the standard league package.

You can always watch NBA matches via Pay TV anytime. Pay TV not only covers NBA competition matches but also the other basketball competition on Pay TV.

ESPN owns the official NBA broadcasting rights in Australia and will be streaming NBA all matches under the umbrella of different packages. Australians can access 190 matches per season including the playoffs, finals, All-Star games on weekends, and the big games of the regular season. Normally, it is segregated with a double-header on Thursday with games on Friday, Saturday, Sunday, and at least one earlier in the week.

Foxtel has been providing coverage of more than 50+ sports in Australia. You can also watch all NBA games in Australia via Foxtel Australia.

Foxtel Australia has different subscription plans and the number of games in each package is different, In the premium package, you will be able to watch all NBA games. Whether they are NBA Playoffs, NBA Finals, or NBA All-Star games, you can watch NBA conference finals as well on the Foxtel premium package.

Kayo Sports for Mobile enables you to view and enjoy all Foxtel content on iOS and Android for some additional monthly cost. So, this way you can watch NBA all matches via the premium package of Foxtel using Kayo Sports for mobile.

NBA does not allow the official broadcasters to stream all live NBA games in every location in Australia as well. Even the official broadcasters are not eligible to air every NBA game everywhere. So, to get rid of this you can use a sound VPN. Change your location and get access to every NBA game on your smart gadgets. With a good VPN, you can change your location and get access to NBA finals, NBA playoffs, and NBA All-Star Games on Mobile, iOS, and Android.