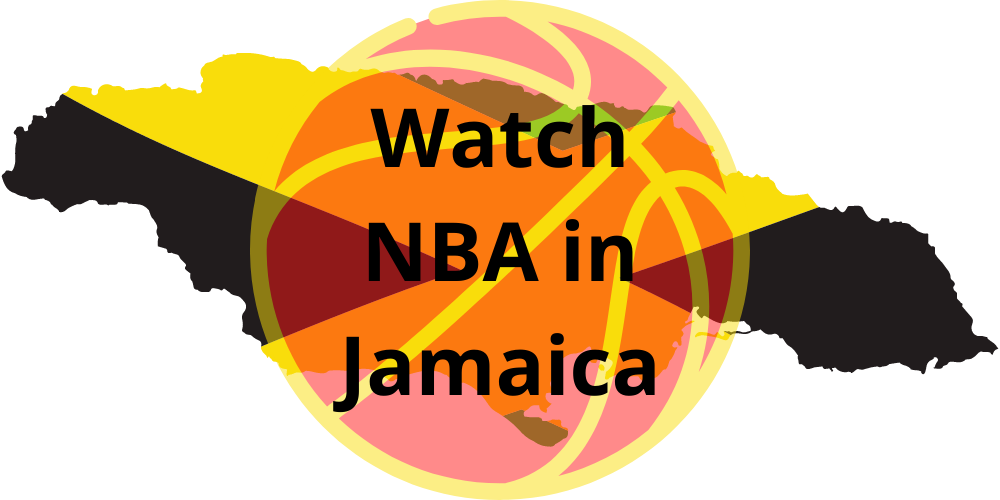 The small island of 3.00 million people contains a lot of passion and craze for basketball. There are many sports loved by the Jamaican people like the 100-meter race (Olympics), Cricket, and off-course NBA. The culture of sports in Jamaica is inherent mostly from USA and Canada. Due to the immense passion for the NBA, people search for ways to watch NBA in Jamaica.

So, in this article, I will be sharing the ways to watch the NBA finals, NBA playoffs, and NBA all-star games in Jamaica.

Under the umbrella of Digical, SportsMax is the official broadcaster of the NBA in the Caribbean, especially Jamaica. You can stream live the NBA games on Sports Max from your smart devices.

Download the SportsMax App from your Google Playstore If you have an android phone. In case you are having an iOS device, you can download it from Apply to store.

Get any plan from the website and log in. Start streaming your favorite NBA games on SportsMax.

The evergreen way to watch NBA from anywhere in the world is via NBA league pass. NBA league pass is the official authority to broadcast NBA games all around the world through its app. Yet, there are few exceptions where NBA league passes face blackout problems.

It is really simple and easy to navigate if you want to watch NBA games on your mobile, laptop, iOS devices, Apple TV, Chromecast etc.

There are basically two types of passes the NBA is offering. One is a local NBA pass and the other is an international pass. If you are not a citizen of the USA then you have to go for an NBA league pass international.

In my opinion, you must choose NBA league pass rather than SportsMax in order to watch NBA games on smart devices like mobile, iOS, and X Box.

SportsMax got a review of 3/5 on the app store. It also includes a lot of negative reviews from the users of the apps. So, I will recommend you go for an NBA league pass only.

How to Unblock NBA League Pass in Jamaica to Watch NBA

This may happen that, while using NBA League Pass you may face some blackout issues. This means that not all the games will be available on NBA league pass from your location. So, you can follow the following steps to get rid of blackouts in Jamaica.

Besides the above options, you can also watch NBA on top-notch online streaming channels. The services of the following streaming services are not restricted to NBA only. However, you will get access to more channels and enter the world of entertainment while having access to these services.

Some of these services may be locally restricted. However, you get to know the ways to unblock these services in your area to watch every NBA game in Jamaica. Click on the links to know more.

How to watch NBA in Jamaica for Free

There are two ways to watch NBA for free in Jamaica.

The use of free streaming websites is not legit and secure in some countries. Your country may fall in that territory. So, to get rid of this you have to use a VPN service to hide your IP address. You can follow the following steps to watch NBA for free (VPN charges may apply) in Jamaica.

How to Watch NBA on iOS, Android, Amazon Firestick, Apple TV, and Like Devices in Jamaica?

The streaming services I mentioned above like Sling TV, Hulu, and fubo TV. They have their apps and compatible versions you can follow to access NBA on your smart gadgets like iOS, Android, Amazon Firestick, Apple TV, and others.